STRAWS, IT'S THE LITTLE THINGS

Ever notice that every time you order a drink in a restaurant, even if it’s just water, it's accompanied by a plastic straw? You, like me, probably never gave it a second thought. But when my daughter declared plastic straws were off limits, it came with a lengthy explanation, which frankly, made my hair stand on end. Each day, yes DAY, humans utilize 500,000,000 plastic single use straws!

Going straw free took me about a week to get used to. I discovered I’m a dribbler. I was so used to straws that drinking from a glass made me miss my mouth a few times! But then I realized iced tea tastes so much better directly from a glass. Once the dribbling stopped, I was sold! My eyes were now open to how such a slight change in our daily lives, can have a huge impact. 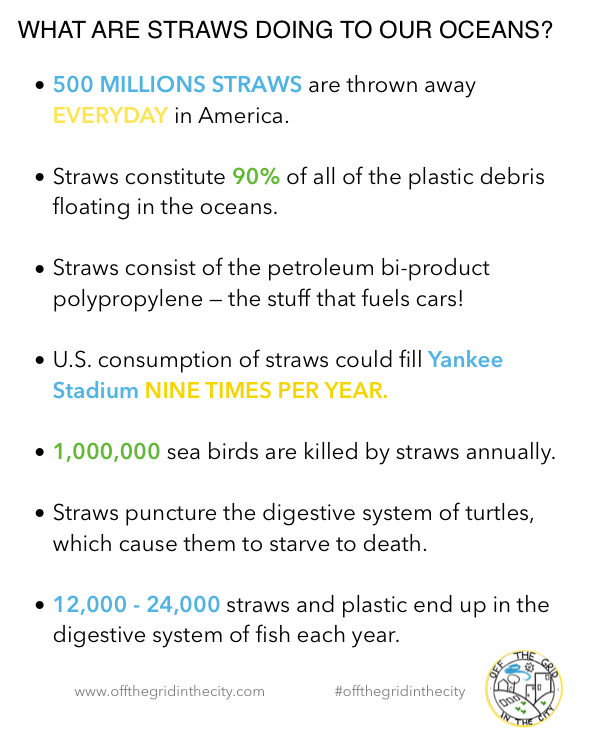 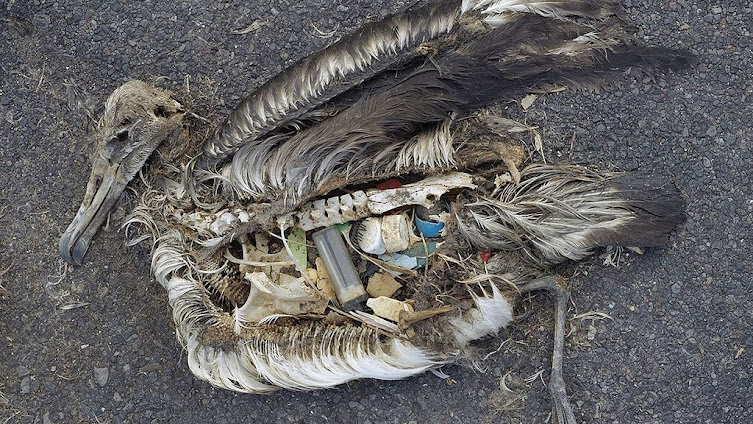 If that’s not enough for you, take a look at this horrible picture of what is commonly found in a sea bird's stomach.

When our family began our ban, my daughter was so passionate that when a waiter would bring a straw she practically yelled NO STRAWS so aggressively that they made a run for it. She reacted as if they were taking a gun from a holster every time they reached in their pocket for a trusty straw.

Then she tried a new approach. “No straws please, they harm the ocean”. This got people interested, it not only garnered admiration from the proposed straw giver, but questions like 'really, what do they do to the ocean?' arose and a dialogue began. In our local café a waitress told us she has a few other customers who refuse straws for the same reason.  She said this prompted her to ban her own use of plastic straws and now she asks the customers if they’d like a straw before automatically placing them on the table. This may not seem like much, but neither does a drop of water until it makes an ocean.

There are paper recyclable straws, straws made of other biodegradable material and I recently picked up a pack of metal straws for when I’m driving.  Now in addition to the environmental repercussions the thought of putting something made of oil that fuels cars in my mouth really grosses me out.

We hope you will join us and ban the use of plastic straws in your life, spread the word and educate your friends, family, local restaurants, schools, etc. We've created a basic print out (on the side bar) for restaurants, encouraging them to go straw free. Click, print & share! For every one of us who refuses to use a straw, we do our part to save a fish, a bird, a turtle, and our own bodies from toxic plastic. We CAN save the oceans of the world, one straw at a time. 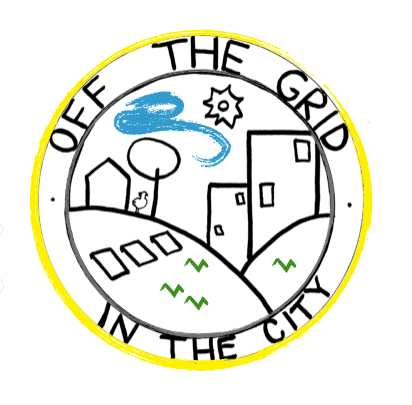